Indian tea is the pinnacle of tea-making. If you didn’t already know, people in India are huge fans of spices and they can’t resist putting them just about anywhere. You’ve seen it with their food, now it’s time to take a look at their beverages. Gurus, monks, and regular folk have seen tea is a staple of everyday life for hundreds of years now.

Used as a meditation aid and refreshment, the Masala Chai is one of the staples of Indian cuisine, loved by healthy-eaters around the world. As if the black tea wasn’t already healthy on its own, the Indian brewing masters had an idea to add many delicious spices to the mix. This includes holy basil, dried rose buds, ginger, cinnamon, mace, turmeric and many other healthy spices.

Of course, the immense number of taste blends only means that there are infinite options for making your ideal blend. That’s why we’ve asked both native Indians and tea aficionados for the best ideas. We’ve compiled almost 50 different versions, but we’ve narrowed the number to the top seven amongst those. Let’s take a look at the different preparation methods and how do they affect the taste exactly.

Before we begin with the elaboration and description of every recipe, we would like to point out the two different types of masala tea. The traditional option is the creamy, milk one. There, you just put less water in exchange for creamy goodness. The second one is lighter and serves more as a refreshment than an actual creamy delight.

Another thing that’s worth mentioning is the preparation of the spice mix. No matter how many spices you choose to include in the mix, you have to prepare them. When preparing the ingredients for future batches, you have to pound them all with a mortar and pestle and put them in an air-tight container. That way, you will have a ready-made batch of Masala Chai mix, both fresh and delicious at the same time.

Now, we’re going to include the mix for each version, as well as the amount of each spice. Of course, you can mix, compare and contrast different version until you reach the ideal one for you. Let’s see what does the ever-amazing Indian culture hide from us and how can we use it for a valuable daily refreshment. 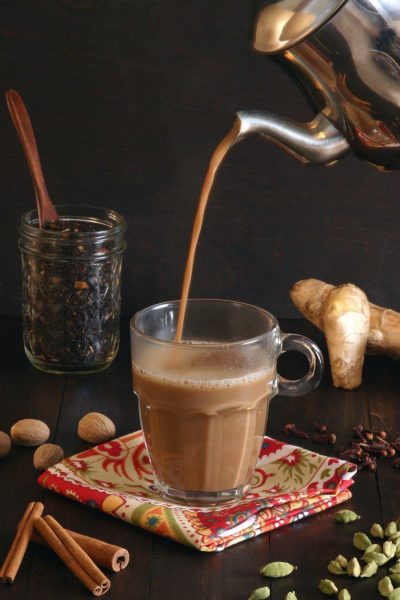 Put the black tea leaves in the kettle when the water begins boiling. After the tea itself is done releasing the taste in the water, make sure to put the spices in right away. Stir it for a minute or two and it will be good to go. If you want to experiment, you can also add some sea salt, along with black sugar.

This version gives you the option to road the green cardamom and cloves, alongside some crushed nutmeg. You can put them in a blender before adding them to the kettle with tea, alongside the ginger powder. Goes well with whipped cream. 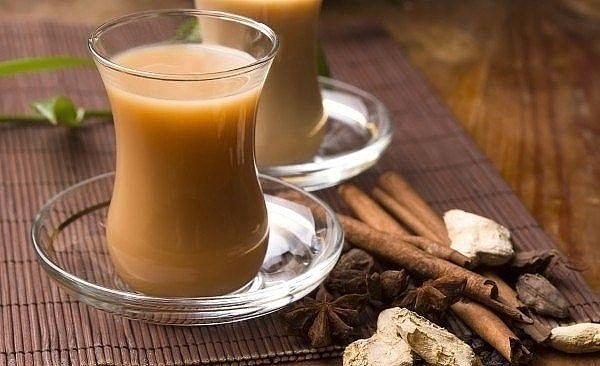 This simplified version requires almost no work whatsoever. You just simply take the mix and put it in in the stirred pot. A good decision for this version would be to cook it on low fire for about 30 minutes. The fewer spices there are, the less cooking time it requires.

Directions: Just like with the other version, the ground mix should be added during the stirring process. Because it’s for relaxation, black tea isn’t so abundant in this recipe. Turmeric and cinnamon have the lead and pull it off quite well. 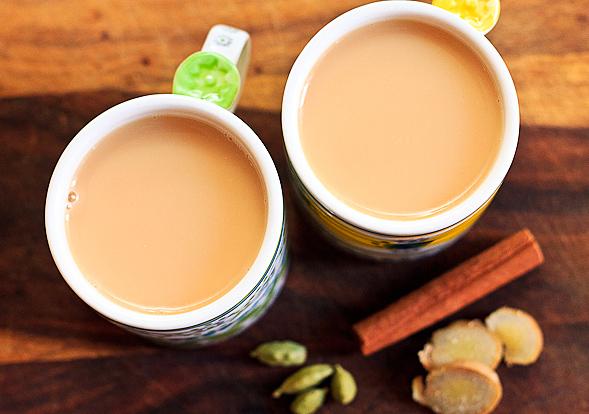 Because it’s spring time, you want a sugar bomb that will give you both the energy and the minerals you want. It’s easy to make, like the other recipes, but only in this cases you need to add ginger when everything is done. Milk is also optional.

Directions: The method is the same yet again, but with a milder mix of spices, plus almond milk for a better protein boost.

Directions: Yet again, we see the same principle. An egg yolk is another addition to this health bomb, providing the mix with a better balance of thickness and iron content.

We hope you enjoyed this article on 7 Recipes for Indian Masala Chai. We think you’ll also enjoy reading about the Health Benefits Of Peppermint Tea. Also, if you have any questions or want to meet other tea lovers, you can chat with them on our tea forum.

By clicking Signup, you agree to Tealovers Services Agreement