What you need to know about British tea?

Tea drinking is an essential part of being British. The British people apparently consume about 60 million cups of tea every year and the habit has become entrenched as part of the British way of life, from the ordinary tea break to the more traditional and formal afternoon tea.

Traditional tea, which is enjoyed at about 4 o’clock in the afternoon, is usually accompanied by cakes and savories and is a ritual in Britain that comes with rules regarding etiquette that many still followed today.

A brief history of British Tea

Tea was first brought to Britain in the early 17th century but it was very expensive so only the rich could buy it.  It was usually kept under lock and key.

The ritual of tea drinking was introduced to the English court by the wife of Henry 11, Catherine of Braganza. It wasn’t long before the habit caught on among the aristocracy.

As the popularity of tea spread, it became a part of many activities outside of the home and tea gardens would be open all over the country on Saturdays and Sundays. At these tea gardens, tea was the high point and dancing was included. From this came the idea of the tea dance which was very popular in Britain for some time.

It was in the 19th century that India began widespread cultivation of tea and imports of Indian tea in Britain overtook Chinese imports. Another development that took place in the 20th century radically changed tea drinking habits forever – the teabag was invented.

There are currently over 1,000 teas in Britain, all of which vary in taste.  The ones which are most popular in the U.K. are the Indian teas – Ceylon, Darjeeling, and Assam. Darjeeling is light and delicate, Ceylon has a slightly sharper taste and Assam tea is the strongest.

Black tea, the dried and fermented leaves of the Camellia Sinensus (not tea bags), is used more than any other varietal for making tea and it is the most popular varietal worldwide.

The way to drink tea in the United Kingdom today is so varied that it becomes difficult to pinpoint one particular way. There is even a version called builders tea, which is strong tea served in a mug with milk and sugar. 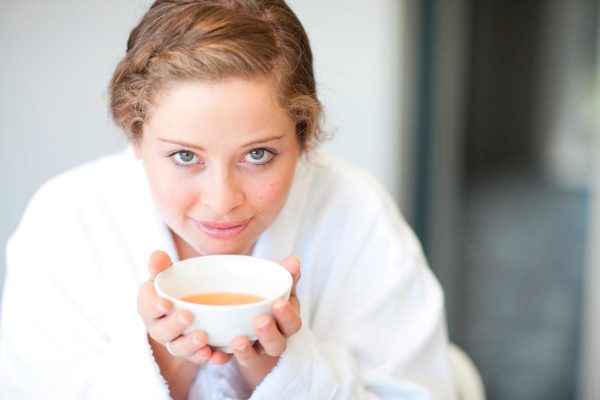 Anthropologists have noted that strongly brewed black is usually drunk by the working class and that as one progresses up the social ladder, the brew becomes weaker and more delicate.

In the early 1960s, teabags accounted for less than 3% of the British market. The Americans had adjusted readily to using teabags while the British were wary about making such a change to their important ritual.

This wasn’t helped when stories were told by Britons visiting America about being offered cups of tepid water with a teabag on the side for dunking. According to the UK Tea and Infusions Association, the British have come around and now 96% of British people use teabags rather than tea leaves.

The perfect cuppa for British Tea

Everyone has their own ideas on what makes the ‘perfect’ cuppa. Most people agree that if tea is left to infuse too long (over 4 minutes), it will develop a stewed flavor. Some people insist on warming up the teapot before adding the leaves by swirling a little of the boiling water around in the pot and then discarding it. 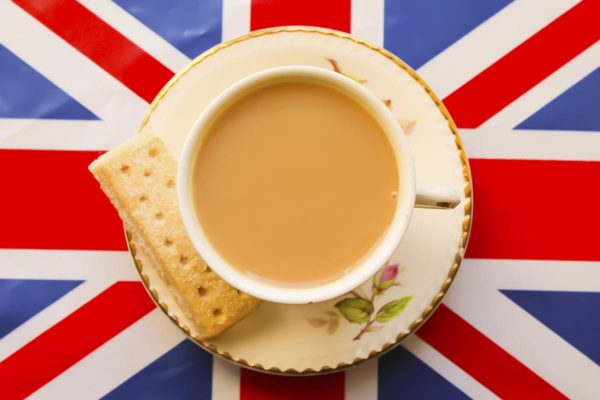 Some real tea connoisseurs will never get used to using teabags and insist that tea leaves must be used – they usually use a teaspoon of the tea leaves for each person and then add an extra teaspoon. There are those who prefer to drink their tea out of china cups and others who prefer drinking from a mug. It seems everyone has their own little quirks when it comes to the ritual of tea making and drinking.

What about the milk?

A cup of tea without milk is considered utterly absurd by the British who nearly always put milk in their tea. This is unlike Europeans who will often drink tea without adding milk or sugar. A certain quantity of milk is added according to personal taste but only novices drink a brew that consists of a ratio of more than 80/20 of tea to milk.

The debate about when to add the milk to tea continues. Originally the milk was added before the tea because it was possible for the hot tea to crack the fragile bone china cups. Some people believe that when you pour milk into hot tea, it alters the flavor. Despite this, most people now add milk to their hot tea as they say it helps them to judge exactly how much milk to add to the change in color.

The right teapot for British Tea

The type of teapot used is largely a matter of personal preference. Early teapots were usually made of solid silver. Some people still believe that a metal teapot is better because it helps to keep the tea hot for longer. Others believe that a China teapot helps to preserve the flavor of the tea without a metal taint. 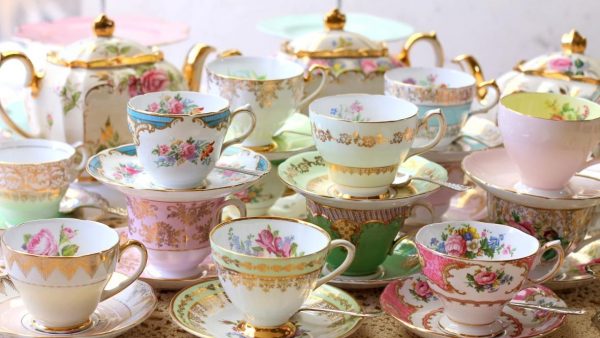 Scones make the perfect accompaniment for tea. They are usually served with jam and cream. If you order a ‘cream tea’ in the U.K. along with your tea, you will be served with a plate of delicious scones.

We hope you enjoyed reading all about British Tea. We think you’ll also enjoy reading about the 7 Health Benefits Of Organic Tea.