How To Decaffeinate Tea at Home

How can I decaffeinate tea at home?

Primarily its rich flavor and caffeine content is what has made tea to be widely appreciated. Though this is such an unmixed blessing, Caffeine’s characteristic as a stimulant is what has made the drink cherished by many tea lovers. Studies do show that an uncontrolled ingestion of caffeine leads to insomnia, jittery feelings, and anxiety.

It is a reason that has drawn most tea manufacturing companies to offer an option of decaffeinated tea. Tea drinkers have shared a prevailing ideology that it is possible to prepare the decaffeinated tea using regular tea bags at home.

Despite many people considering this as a myth, it is entirely possible to reduce the quantity of caffeine from your drink at home. The problem most people have had to endure is that not all specialty teas come decaffeinated other than the low-grade black or green commercial tea.

Tea contains an amino acid called L theanine. Without inducing drowsiness, this element can relax the mind, hence the nerve relaxing effect found in tea. The combination of caffeine and this feature in tea helps improve the mental focus. There is a method referred to as quick rinse method that helps reduce the caffeine content in tea. It has been regarded as one of the safest modes since it does not require the use of chemicals. Using chemical elements to decaffeinate tea does not sound naturally appealing. 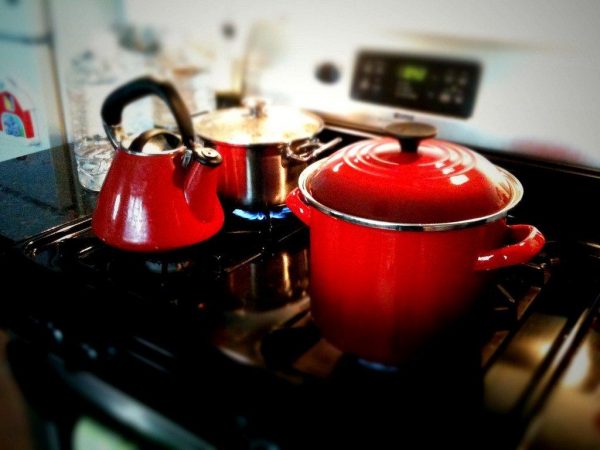 In this process, you will merely discard the drink after a 3-minute intense boil. This process helps to remove about 40 to 70 percent of caffeine from the tea. Firstly, boil must be done at the recommended brewing temperature which is 212 degrees Fahrenheit. Now reuse your washed tea leaves to achieve a lower caffeinated brew. The result might not be perfect, but at this point, the caffeine levels would have reduced. Decaffeinated tea has 97% of-of caffeine removed which equates at least 4mg per serving.

This method yields about 18mg of caffeine per serving on average. For those wishing to moderate their caffeine intake, this would be a somewhat perfect way to take care of that. The procedure can go on for a couple more boils. According to your preference, you can seep the leaf teas for a couple of more boils. However, make sure that it does not lose the taste in subsequent brews.

Being known that humans exhale co2, it’s a highly preferable decaffeination element as opposed to the chemical methods. Most consumers have confessed to finding it much more appealing as opposed to the other procedures. Distinctively you might have heard of the co2 decaffeination process, but the question that lingers in everyone’s mind is how this process is undertaken. The co2 method has been proposed as a perfect procedure for decaffeination as it does not leave a foul aftertaste after the process

To understand this process superficial carbon dioxide is achieved when the gas is held under an entirely high pressure to produce a thick fog. When the lid from the pressure cooker is removed, the liquid quickly transforms into gas and evaporates.

The entire process of decaffeinating tea using superficial carbon dioxide requires a procedure that would be able to separate the carbon dioxide from the drink. After the co2 is removed, the vapor escapes with the excess caffeine in the tea. 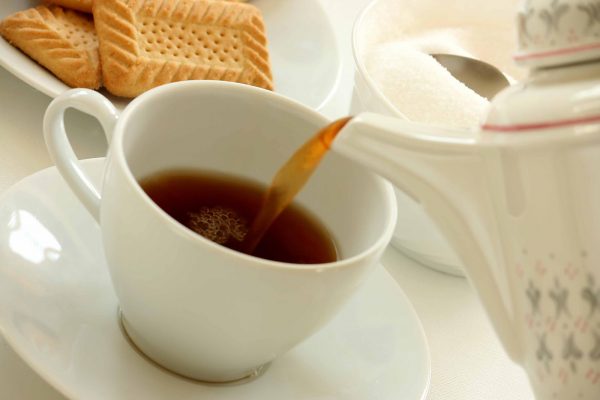 The method starts with enclosing the tea in a closed container with co2 that contains about 3700 to 5000 pounds of pressure measured per square inch. After the tea gets soaked in the superficial carbon dioxide the boiling mechanism moves the caffeine away from the drink; then the leftover carbon dioxide evaporates with the caffeine.

The process of oxidizing tea leaves affects the relative amounts of caffeine in tea. A comparison between regular and decaffeinated tea indicated that using the superficial carbon dioxide method reported that non-polar compounds had reduced. These non-polar compounds such as linalool and phenyl acetaldehyde are responsible for increasing caffeine levels.

This compound is an element that occurs naturally in tea. Though this has been considered as one of the safest decaffeination processes much of the tea’s flavor is lost during this process. During this process, both water and ethyl acetate is evaporated taking away the caffeine. Ethyl acetate is an organic solvent that is used for the operation .it has been proposed because of its natural occurrence in both fruit and tea leaves and has a low toxicity level. Despite removing the flavor from the tea, the method has been highly adopted because of its low cost.

Removing caffeine from tea is quite a daunting task there is no perfect way to undertake this process. A couple of researchers are still being conducted to reduce levels of Camellia sinensis that is a massive contributor to caffeine levels in tea. There has been no perfect method that has been regarded as a sure way of undertaking the process.

Now go try this at home! You’ll now know how to decaffeinate tea at home. Based off your interest in this post, we think you will also enjoy our post on The Perfect Water Temperature For Brewing Tea.

By clicking Signup, you agree to Tealovers Services Agreement